China to Launch New Round of Environmental Inspections

A total of eight inspection teams will start month-long on-site investigations into local government work, including Jilin, Zhejiang and Shandong provinces, the Ministry of Environmental Protection (MEP) said in a statement.

China launched a series of central environmental inspections in 2016 after decades of growth left the country saddled with problems such as smog and contaminated soil.

During the last round of inspections into seven provincial areas, China held over 4,660 officials accountable for poor environmental protection work.

The teams have found common problems, including illegal projects in nature reserves and a lack of eco-friendly facilities. 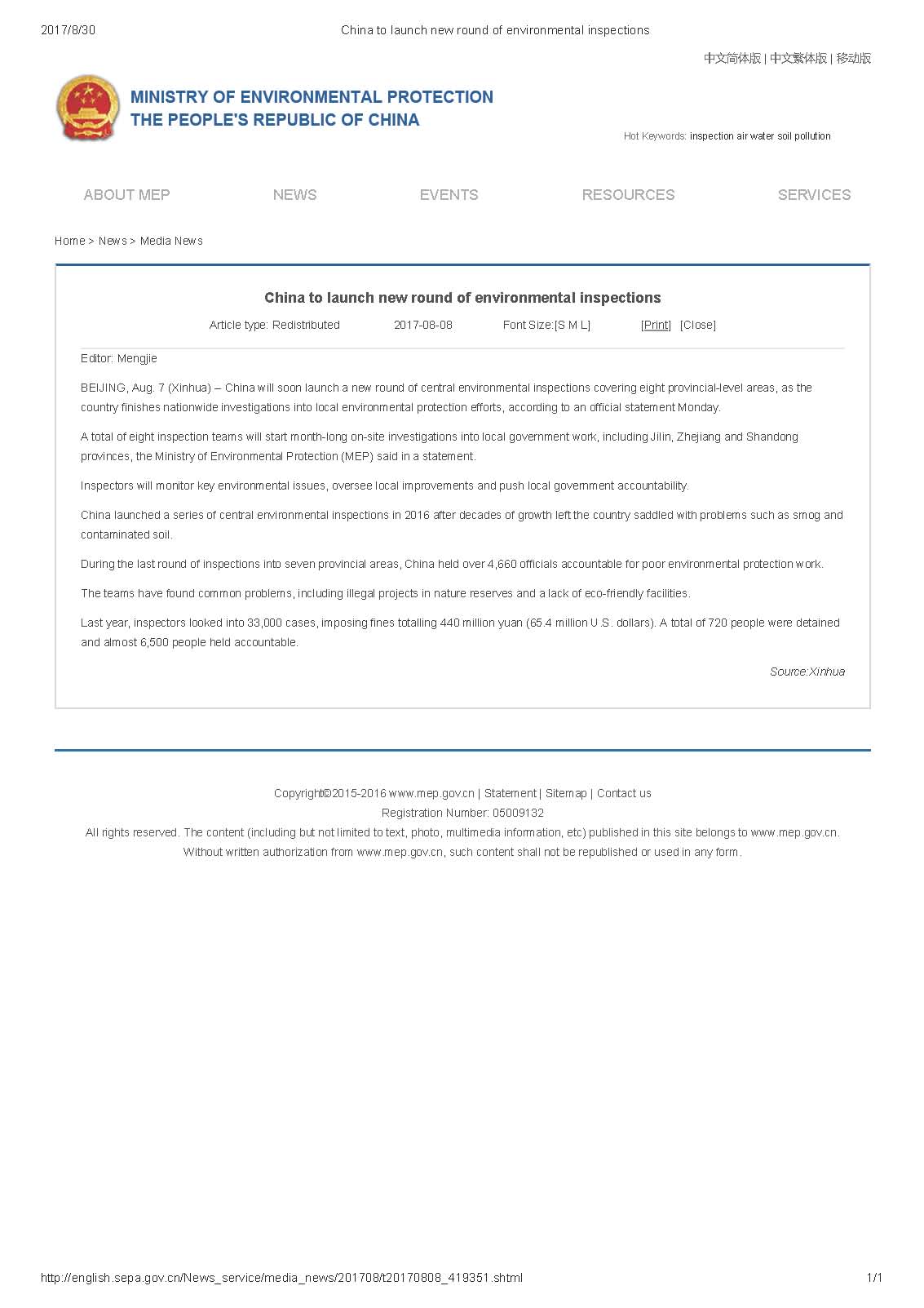